Palazzina Cinese is based on an 18th Century silk embroidery featuring a stunning chinoiserie design, a favorite of Clarence House founder, Robin Roberts. With adjustments to the original scale and stitches, Palazzina Cinese comes to life in their 60th Anniversary collection.

Multiple cultures and styles crisscrossed Palermo, a melting pot during the 18th century, and chinoiserie masterpiece Palazzina Cinese was one of them. The former royal residence of the House of Bourbon, Two Siciles, was designed in the popular chinoiserie style of this period in Italy and spread all throughout Europe. How fitting a name for this design of the same period. 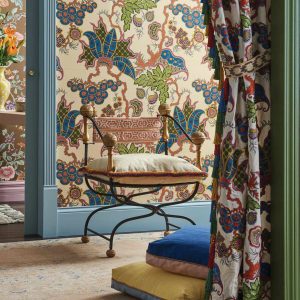 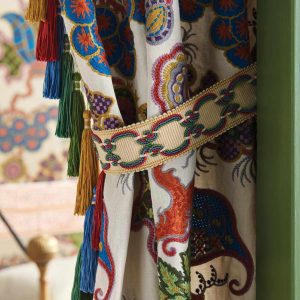 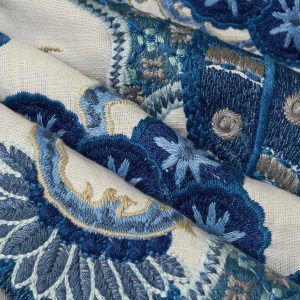 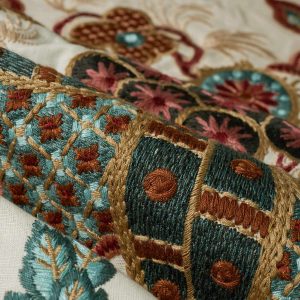 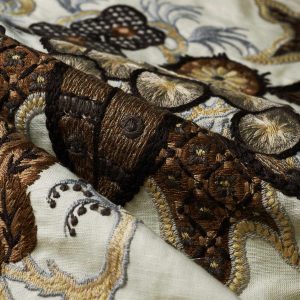 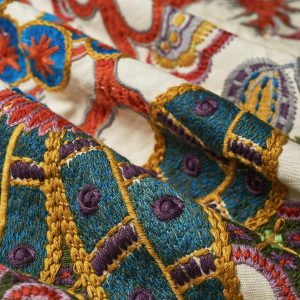 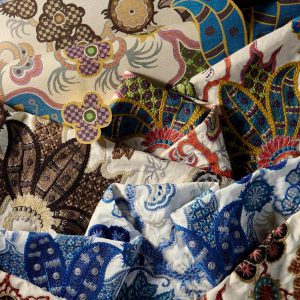